Showing posts from March, 2008
Show all

Craigslist findings, and why I named my car Simone. 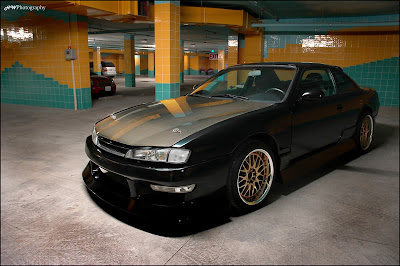 Took me some searching to find this, but here is the original for sale post on Zilvia.com, pretty hilarious after reading it. SoCal FS:1996 Black 240sx S14 Kouki FOR SALE No worries I paid less than what was asked for the car, came out to 8300... While still expensive I knew all of the parts were new and had little to no wear on them because he couldn't drive the car due to all of the engine problems he was having. So basically I spent a lot of money on new parts, saving myself the trouble of buying them later, plus the wheel's are like a set of wheels I've always wanted... I have future plans in store for them, you shall see! The owned didn't work on his own car, it was obvious when he didn't even know what was wrong with it. So he had someone replace the engine and transmission in the car so he could sell it for down payment money to get an s2000. I actually keep in contact with the owner from time to time. Anyway. So yeah Rig
Read more

An introduction to my build.

I've never really been into cars, I've always been into art, computers and technology, and video games. There is a video game that I played for play station 1 called Gran Turismo, it was like the coolest thing ever, especially after graduating fresh out of high school. I knew I wanted to build a car just like in the game, and then race it on tracks. I ended up getting handed down my dad's 1984 honda crx hf with 365 thousand miles on the odometer, top speed of 80mph. Was the coolest car ever imo, it's been in the family since 1984, we still have video of when my dad painted the car himself from red to white, and paint matched his wheels and put gold trim on the car. He was so proud of his car, well the car's life finally came to an end and was hauled off to the junkyard back in 1999. That is when I purchased my 1999 Honda Civic Si After many modifications, a full engine rebuild after spinning a rod bearing my car looked like this. INTERIOR -JDM CTR Shift K
Read more