Showing posts from October, 2012
Show all

Are you about that fiberglass life? 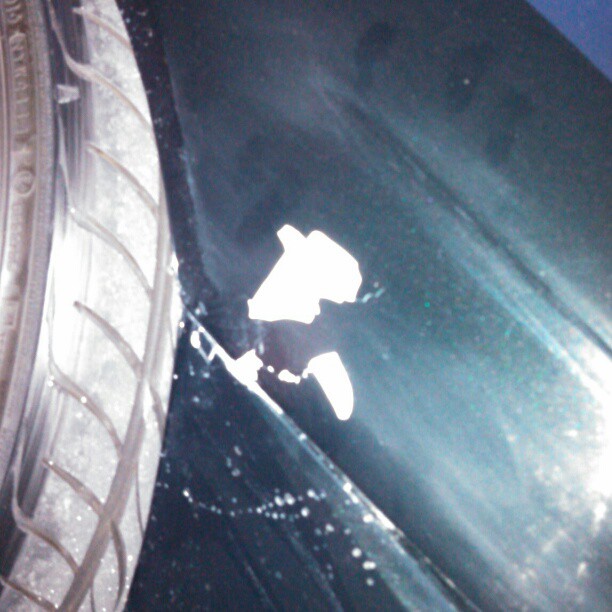 Let me bring you up to speed, I had all of my aero taken off, repaired and repainted back in July this year to have it ready for Nisei in August. I've been really happy with how the car came out, granted it still isn't completely cut and buffed. I still have yet to re-do my cannards and install them, and I couldn't afford to clearbra the front bumper like I wanted to. I have a huge obligation financially I've finally buckled down and committed to eradicating from my life so I can move along and enjoy that debt free life. I know some of you guys who have some kind of major financial strain that's been hanging over your head for a while that you either decided to chip away at, or like me have decided to take a week and a half's pay  to chip away at it. I don't have my own garage anymore otherwise I'd just take the car apart when necessary and set up a makeshift paint booth and redo my shit every 6 months. Well financially if I was able to that is. I
Read more 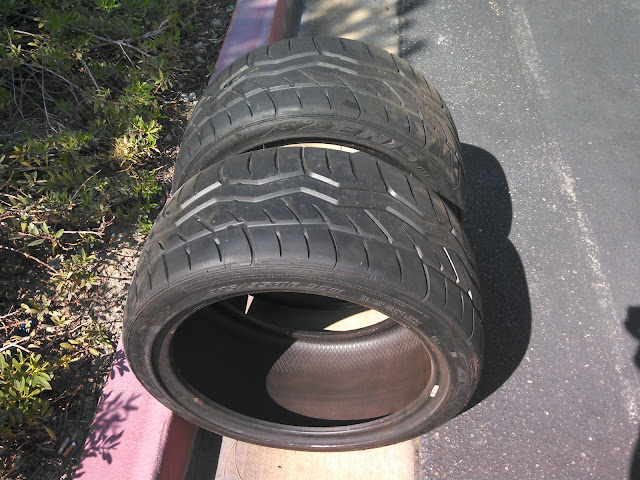 But since this is my blog I'll give you guys that raw!  275/35/18 Falken 615k's to replace the S-drives. I like how these tires felt on the front in the rain and on cold drives when I had my volk's. Going to give them a shot in the rear of my car, the reason I was turned off by these initially is due to the fact you can't rotate them. And they're Azenis so they're annoying when they start to wear down. This is the result of getting stuck in driveways and having to lock the diff to get out of those sticky situations If it weren't for this little guy I would've never bent over to check the condition of these tires.  If you drive a lowered car, don't wait to get it re-aligned. I've learned a 500 dollar lesson in 2 months.  If it rubs, raise it. Damaging your sidewalls is stupid as well.  raised the car a inch and a quarter. No more rubbing stance, stance, stance, stance, stance, stance....... is gay!  Need wi
Read more 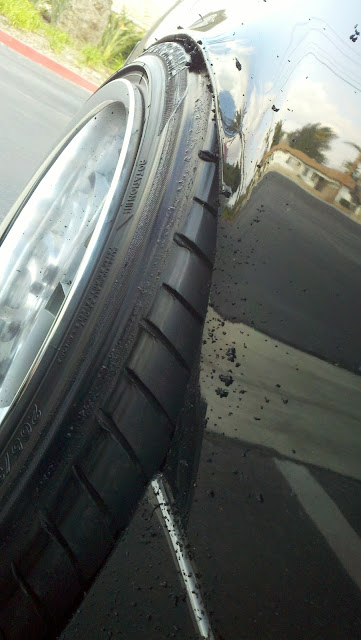 Well I don't think there is any other irresponsible things I could do to my poor Yokohama S Drives. I've burned your sidewalls to a crisp. And after the subframe upgrade I got you aligned over at JC Autohouse but not at the final height I planned on driving you at. I'd like to relieve some caster from the rear, JC won't touch caster, I'd like to put it on a 4 wheel rack like JC though to make sure it drives straight like an arrow. Going to have to remove most of all the aero for the alignment, how inconvenient. This is from July 19th This is august 8th, notice all of the tread on that tire. Literally brand new still Lowered it again this was august 9th This was taken October 1st talk about a waste of 620 dollars.  So now I need to get some used tires to roll on and raise the car to it's permanent height since I'm over the rear being so low and get it aligned again in 2 weeks. Fuckin A that was an expensive mistake, I would've
Read more
More posts